I've had a very busy week!

Last weekend Mum and Dad went out on Friday night so Molly came to look after me.
Wasn't that kind of her?
I invited her into my crate for a cuddle 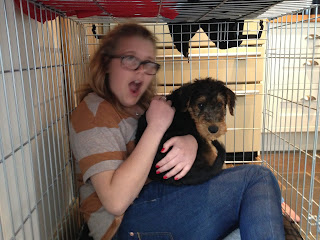 Then on Saturday night they had lots of people round for dinner.
They wouldn't let me have any! 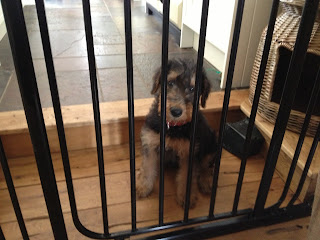 not even when I howled! 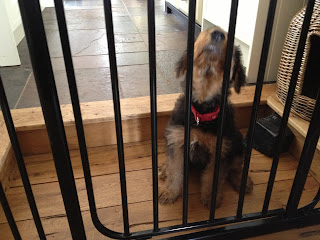 On Sunday we went out in the bumpy car to the big shop again.
I still wasn't allowed to get down and walk round cos of the germs.
Mum says I'm getting too big to carry round now!
We bought a long long wire thing so I can be out in the front garden when Mum and Dad are doing the weeding and not run into the road. 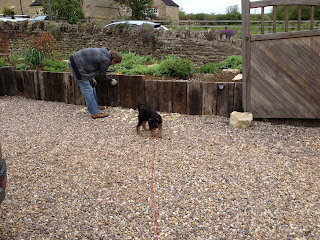 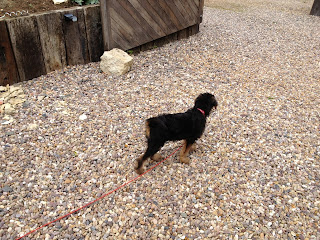 On Monday I had to go to the vet.
She tricked me!
She gave me some treats, and while I was eating them she stuck a needle in me!
Cheek!
Then she squirted some stuff up my nose - I didn't like that either.
And then she gave me some more treats - I thought it was to say sorry, but then she stuck another even BIGGER needle in me.
It was sore.
It made me bleed.
Dad said it was a microchip so I can't get lost or stolen.
Mum said nobody would want to steal me cos I'm too much like hard work!!!!

Then the vet lady looked at my teeth.
She says I have to have two teeth taken out so my jaw can grow properly.
Mum isn't happy, she doesn't want me to have something called a general anaesthetic.
But the vet says if I don't have it done I might always have problems with my teeth, even when I get my growed up teeth, so I'm going to have it done next week.
I'll try to be brave.

On Tuesday I went out in Mum's bumpy car.
Usually we go in Dad's car and Mum holds me, but this time I sat in the boot all on my own!
It was scary and I kept having to look over the seat to check that Mum was still there!
We didn't go far, just to another house in the village.
Mum said next time I will be able to walk there!
I got to play with another doggie called Tia.
Mum says she is a cocker spaniel.
She runs very fast!
But she shared her toys with me so I played with her a bit!

There's meant to be a video of me playing with Tia in here but Mum says she can't get it to load!

That was a pretty exciting and tiring few days, so I've spent most of the rest of the week playing in the garden 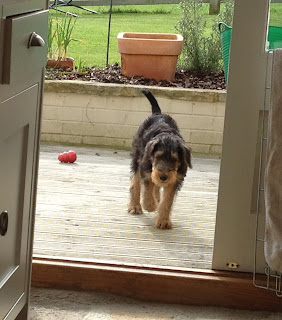 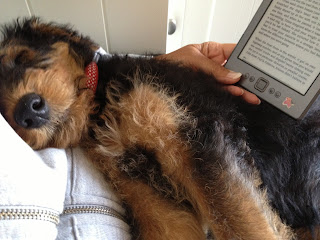 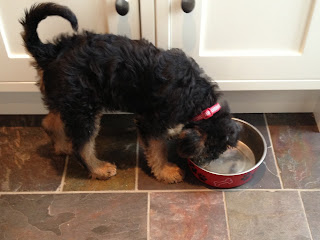 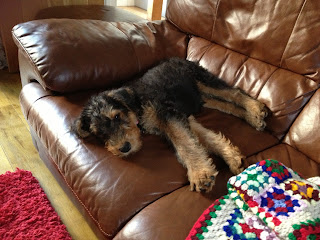 And being just plain Airedorable! 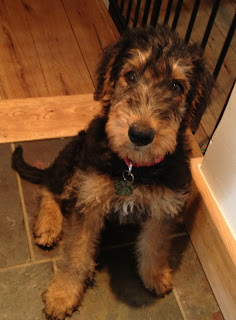